Flashbang Hot Sauce is one of the hottest sauces out there you can get your hands on. Flashbang Hot Sauce will surely push your taste buds to their limits and your tolerance to hot spices and peppers with this grenade-like mixture.

If you are looking for the ultimate hot sauce/hot pepper challenge, we think you are going to like this, because Flashbang Hot Sauce is one of the best options out there. Of course, there are hotter foods in the world, about which we are going to talk later in this article.

The reason why this hot sauce is shaped like a stun grenade is that it will cause a flash explosion in your mouth thanks to its deadly (metaphorical) mixture. It is going to dominate your taste buds which may cause them to feel numb for about two weeks. One of the possible side effects is the loss of the ability to taste. But of course, do not worry. This will only be temporary. If you are wondering how your body gets affected by the hot spices or peppers, we have mentioned it here in this post!

The heatwave is going to blow like a tsunami in your mouth and only one drop is needed. The initial heat will be obvious and literally explosive. The lasting heat will remind you of the times you got your finger burnt in the past.

The vial of Flashbang Hot sauce protects the beast inside it. No, it actually protects you and your environment from that beast. The container is a collectible and also unique. If you are on your way to the airport, good luck explaining to the security why you are carrying a stun grenade with you. It of course does not cause the X-Ray Scan to give an alarm. It is just about the looks 😛

It is also stated on the back of the product, that less than one drop of this product is extremely hot. Flashbang Hot Sauce is to be used by adults only. Any consumer will take full responsibility for its effects. Possible side effects are excessive sweating, hiccups, burning sensation on the skin upon contact, vomiting, and even loss of consciousness.

How many Scoville Units is Flashbang Hot Sauce?

SHU is the unit for ranking hot foods like peppers and sauces and mean Scoville Heat Units (SHU). The Scoville units for the Flashbang Hot Sauce is 3.5 – 5 MILLION. The reason why it is not a certain number is, that it depends on the ingredients used. Ingredients are mostly cultivated artificially and therefore can have varying Scoville units. Let us say, that you have created a very hot pepper that has 2 million Scoville heat units. It is unfortunately not possible to produce that pepper with the same Scoville units. Long story short, Flashbang Hot Sauce Scoville is 3.5 – 5 MILLION SHU.

What is in Flashbang Hot Sauce?

What is the hottest hot sauce in the world?

You should get ready for this one because it is going to get mind-blowingly hot. The hottest hot sauce in the world is called Mad Dog 357 Plutonium No. 9. Mad Dog comes in at 9 million Scoville units. The pepper spray is used to stop criminals comes in at around 5.3 million Scoville units. You should really think twice before rising up to the challenge and trying this baby.

What is special about this sauce is, that it comes in a solid form. To be able to use it, you have to heat this bad boy to 140 Degrees Fahrenheit/60 Degrees Celsius. After that, it will get in a liquid form and you will be able to get it out of its bottle. Not only it is very hot, but it is also going to be hot with regards to the temperature.

The disclaimerfor the sauce says that “I agree, as indicated by opening this bottle, as follows in connection with my purchase of this product:

How many Scoville units is the hottest hot sauce?

Mad Dog 357 Plutonium No. 9 comes in at around 9 million Scoville Heat Units, making it the hottest hot sauce in the world ever existed.

Can Carolina Reaper kill you?

Carolina Reaper, as stated above is the hottest pepper in the world. It was created by a grower named Ed Currie. It has a fruity flavor and is similar to a 7 Pot chili pepper. Eating Carolina Reapers or other superhot chili peppers is not going to kill you. However, it has some side effects that you can’t take out of the equation. It is of course possible to overdose on the ingredient, that makes a hot pepper.. well hot. It is called “Capsaicin” and you need to eat more than 3 pounds of Carolina Reapers to reach this level.

Can hot sauce kill you?

Well, this is not an easy question. Because the hottest pepper in the world, the Carolina Reaper comes with 2.2 million SHUs while Mad Dog comes with 9 million SHUs. It can cause serious consequences like the loss of consciousness and sometimes a hard time breathing. These effects might cause you to die, but sauce alone will not be the direct reason why you die. Here is a video of a person making a Flashbang Hot Sauce challenge if you are thinking about making a challenge just now.

What is the hottest 2 pepper on earth?

7 Pot Douglas comes in at between 923,000 – 1,853,986 Scoville Heat Units. Just a quick comparison, so that you get how serious these numbers are. A jalapeno pepper that you add to your dishes or or eat in a pickled form which burns your mouth is only between 2500 – 8000 Scoville Heat Units. 7 Pot Douglas is around 232 times hotter than the hottest jalapeno pepper you can find on the market. 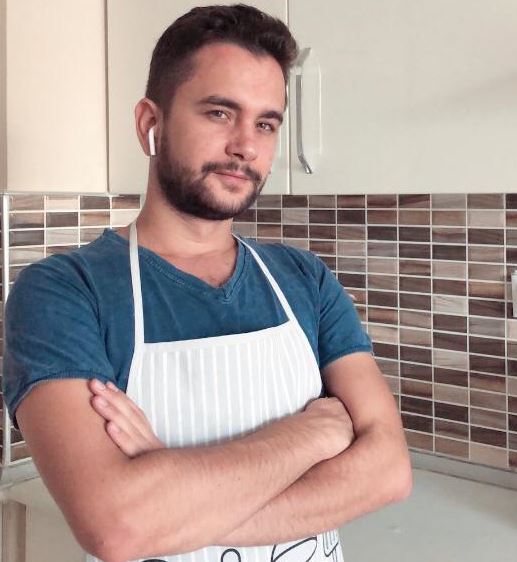 This is Berk from the JarKitchen Team. I am a Mechatronics Engineer and I like cooking in my spare time. By bringing my engineering background into the business, product reviews are a specialty for me. During my travels across Europe, I have learned/tested many recipes and now I plan to bring them to you here!